"If you love life, don't waste time, for time is what life is made of." -Bruce Lee 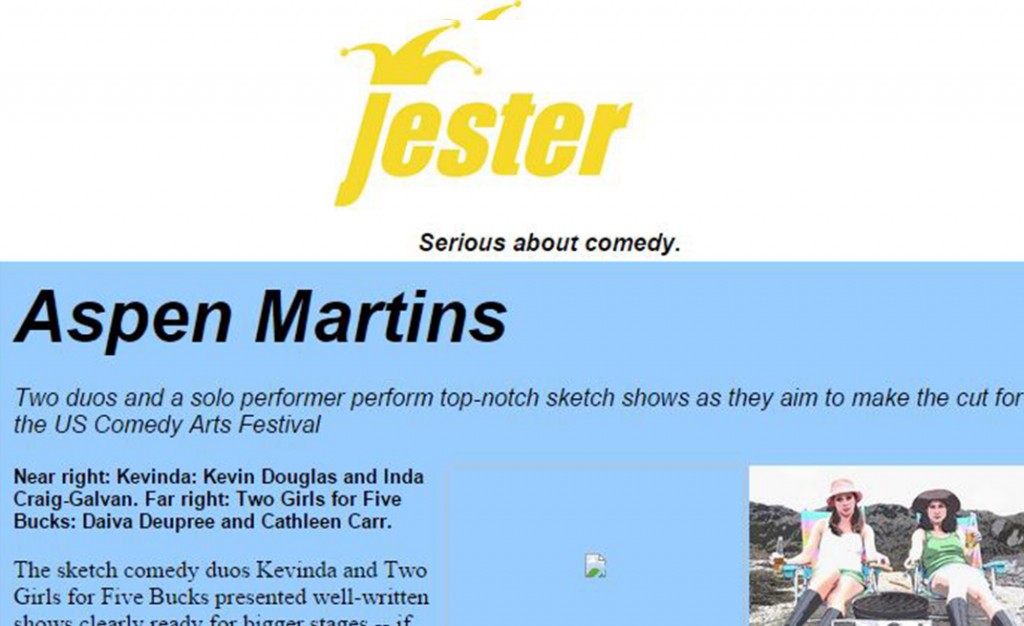 Chicago-based Kevinda (Kevin Douglas and Inda Craig-Galvan) thrive on sending up misconceptions and racism, delivering pieces that have an edge.

The sketch comedy duos Kevinda and Two Girls for Five Bucks presented well-written shows clearly ready for bigger stages — if they aren’t there already — in a HBO/US Comedy Arts Festival showcase (the festival itself will be February 28-March 4 in Aspen, Colo.) held at the People’s Improv Theater in New York on December 8.

Here is Thaddeus and Slocum